St Joseph’s is a family.

If you are thinking about joining us, we invite you to learn about our pupils, staff, Governors and past students (alumni) by reading their stories below. 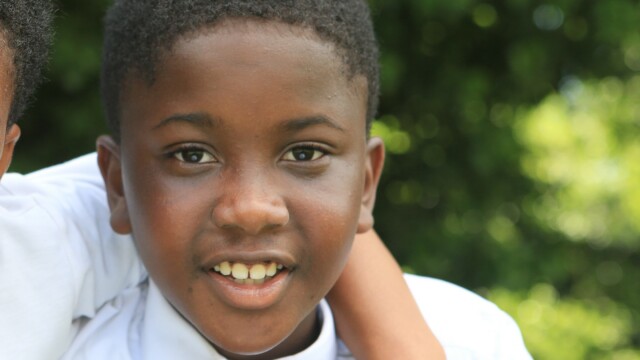 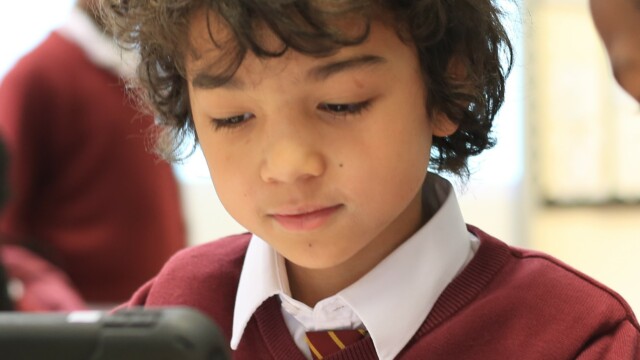 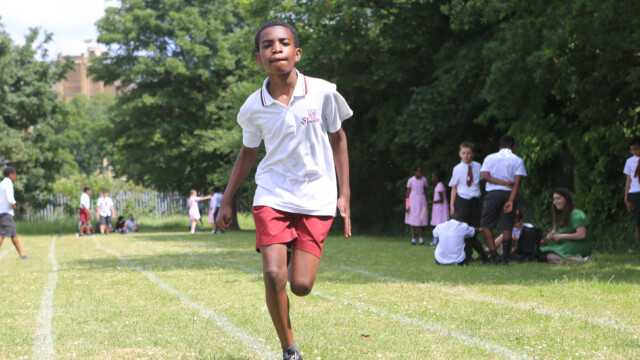 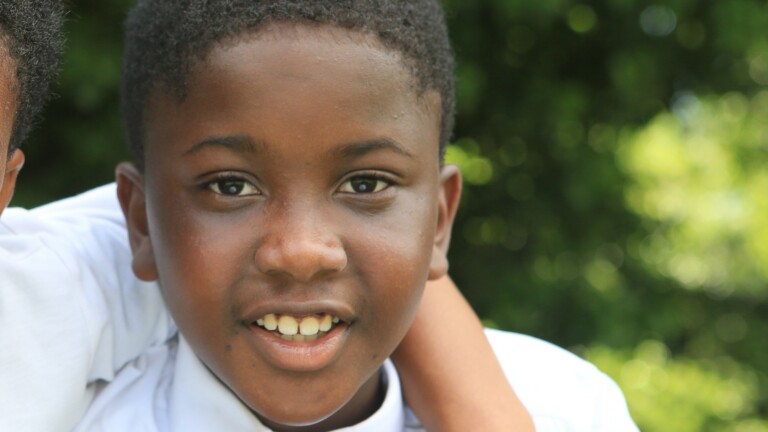 I have attended St Joseph’s ever since nursery and I have greatly enjoyed my time here. It is an exceptional school which has nurtured a large range of different children with different personalities to achieve their full potential, thus living amazing lives. I enjoy swimming and cricket and my favourite subject is Maths as it challenges my brain and gives me a whole new look for problem-solving. I love to read as it takes me into my own world of imagination.

I worked really hard to get offers from five fantastic independent schools as well as one leading grammar school, all in South London. It was difficult to make the decision but I am pleased to say I shall be attending Dulwich College from September 2022. 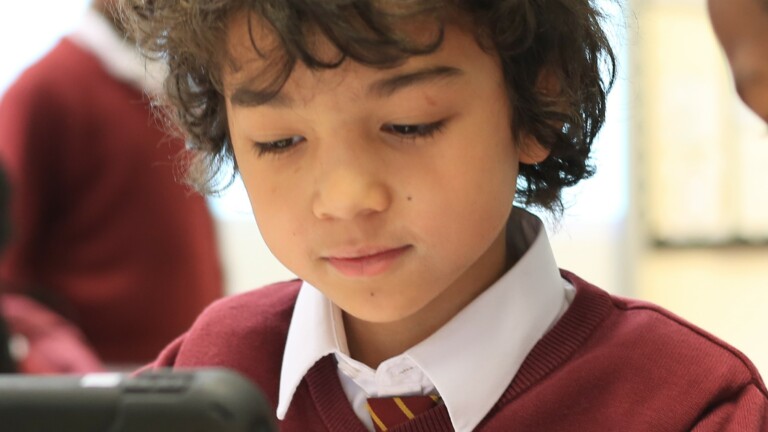 My name is Misha and I am the Head Boy for St Joseph’s. I have been here since Nursery and I have an older sister and younger brother; all of us went to St Joseph’s. I enjoy maths, chess, football and fencing. I was part of the school quiz team which came second overall in the national finals.

I am going to Whitgift School for secondary school. I had offers from five other excellent independent schools including an academic scholarship, but I really liked Whitgift’s range of extra-curricular activities, spacious grounds and learning facilities. 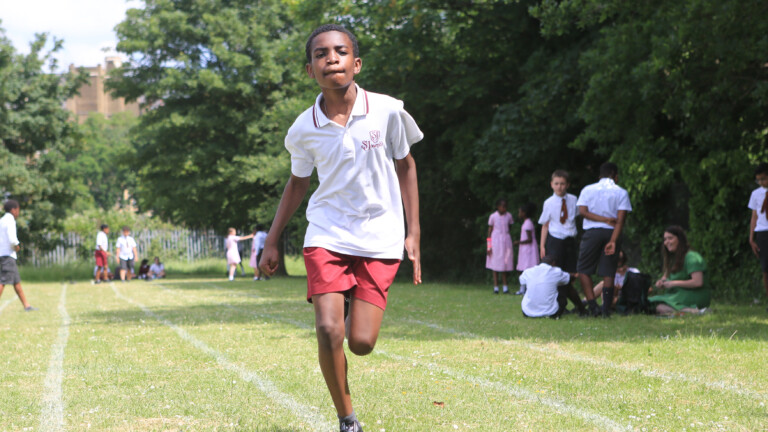 My name is Samuel and I am Deputy Head Boy for 2022. I have represented St Joseph’s in football, athletics and cross-county and was part of the team which went won the Croydon Finals of the SportsHall Athletics. I am the youngest of four children and we all started at St Joseph’s in nursery; all of us were taught by Mrs Kelly!

Of the five independent schools which I received offers for (including one academic scholarship), I have chosen to go to Whitgift School, as I really think it will challenge me with its range of subjects and sports. 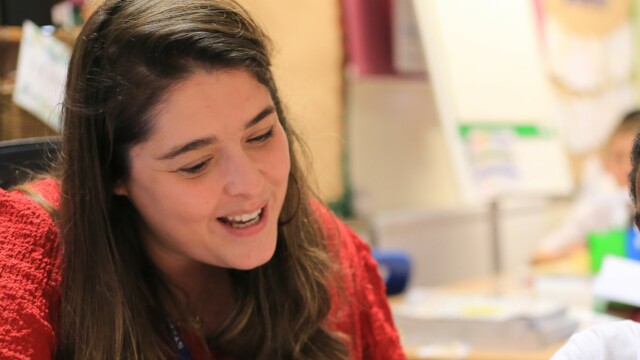 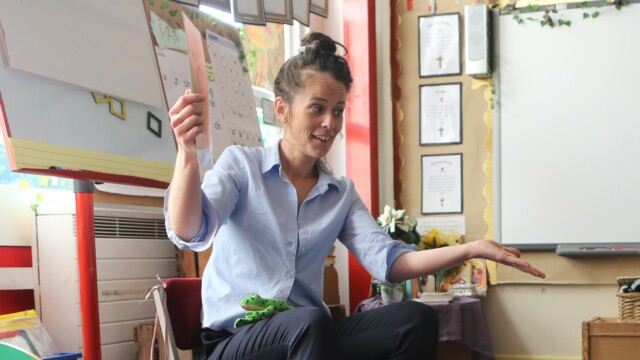 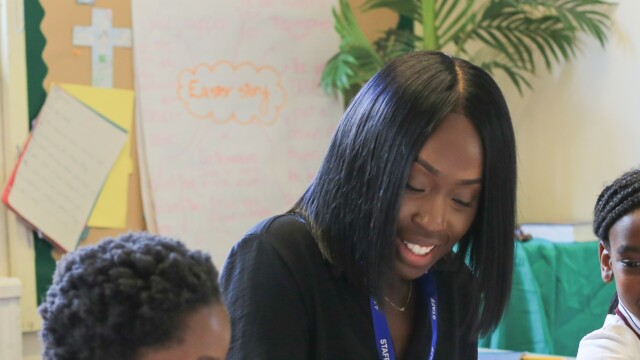 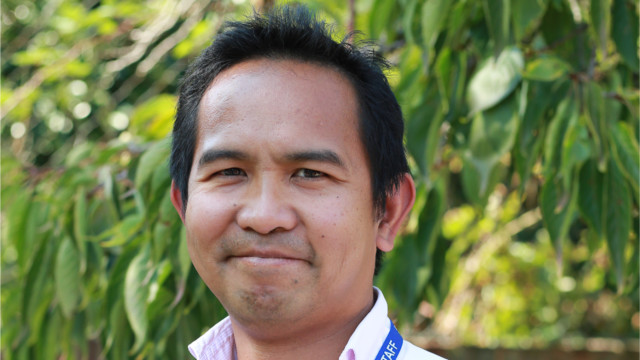 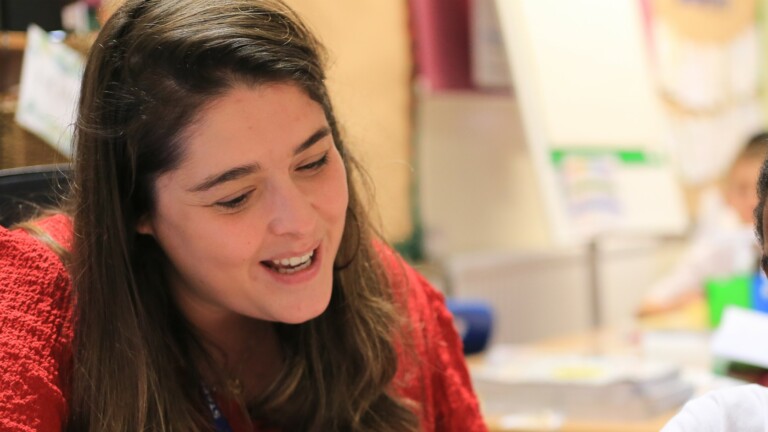 I started my teaching career at St Joseph’s, and after some time working for a school in North London,  I returned in 2020. I believe in nurturing within our pupils a life-long love of writing, not only because it is stimulating and enjoyable, but also to help them enthusiastically talk, perform and positively engage with a range of subjects across the curriculum. All of this prepares them well for the demands of secondary school.

Since 2021, I have led the use of The Write Stuff programme to really develop our students’ creative writing. The programme is carefully structured and learning is layered week by week, with children building up writing skills daily. I believe our young writers need to experience the world beyond the classroom and so throughout the school, you will find that each year group will visit a London theatre, and participate in a workshop or production at least once a term. 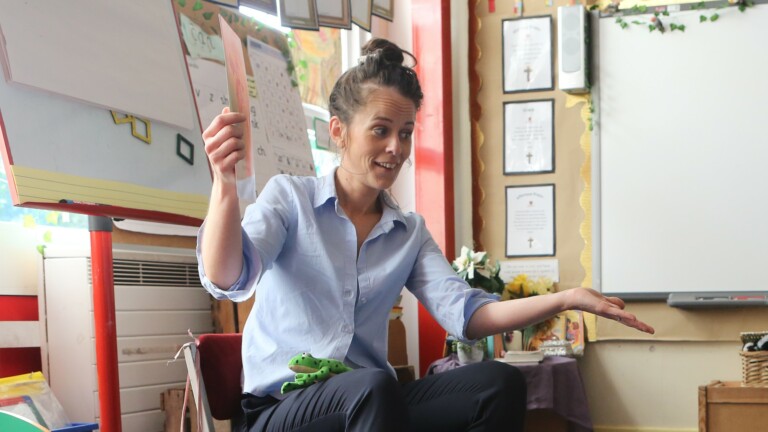 When I started at St Joseph’s in 2017, it was in the belief that it is important for children to receive a wide and rich reading experience so that their exploration of literature is both challenging and exciting. At St Joseph’s, cross-curricular subjects incorporate opportunities for children to develop their speaking and listening skills helping them to become confident and independent learners.

I work closely with Dulwich Bookshops to choose high-quality and diverse texts so our pupils have access to a wide range of inspiring literature. Our aim is develop a lifelong love of reading amongst all of our pupils so it is continually promoted through whole school activities such as, Book Week, workshops, book fairs, trips, author visits, book swaps and our classroom library areas. 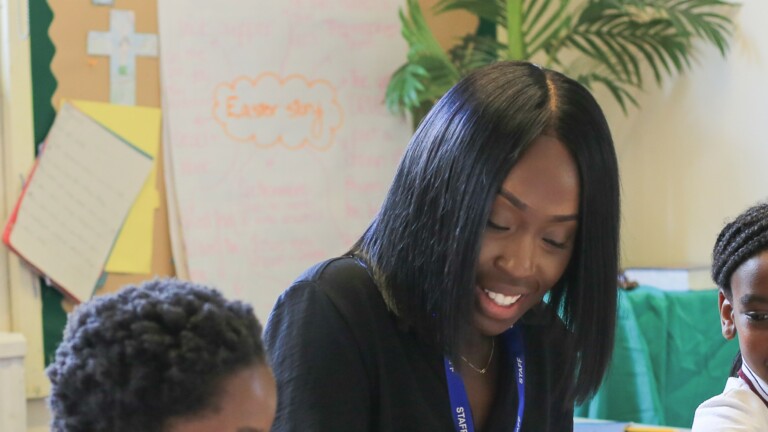 I have been at St Joseph’s since 2019 and in my time here I have been given so much support by my colleagues, who are really committed to the children and to helping each other.

At St Joseph’s we are really keen on developing the children’s wellbeing. During the pandemic, we developed a number of strategies to help the children in their personal, social and health education (PSHE), which means they are well prepared to cope with any mental and physical challenges which they are presented. 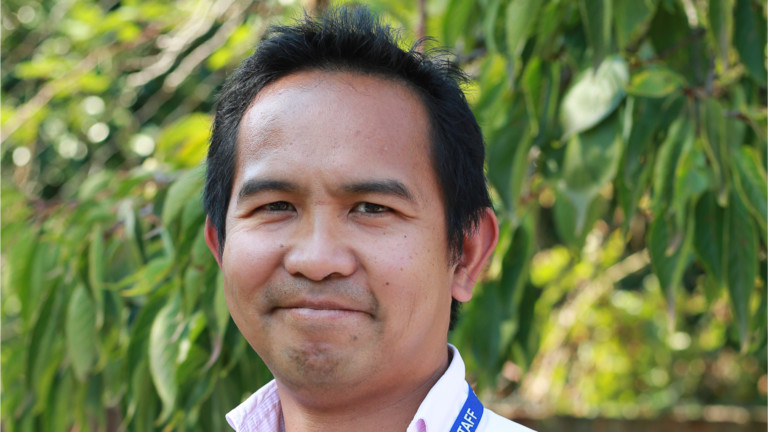 I was the School Business Manager from 2019 to 2022 but I have been a parent since 2012 when my daughter joined St Joseph’s. All three of my children have attended St Joseph’s and of the two that have finished, they have both gone on to top independent secondary schools in London after receiving multiple offers and academic scholarships.

I think St Joseph’s has to be one of South London’s most sought-after primary schools – its combination of strong academic culture, expansive grounds and outdoor learning opportunities, as well as amazing heritage in sports is rare to find in the state sector. However, the best thing about St Joseph’s is its community – it is such a diverse, caring and inclusive family that I couldn’t think of a better place to send my children. 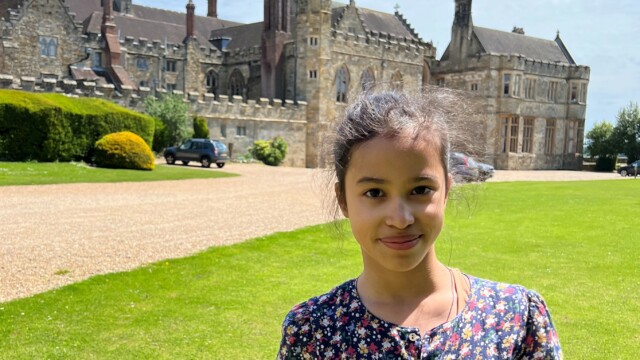 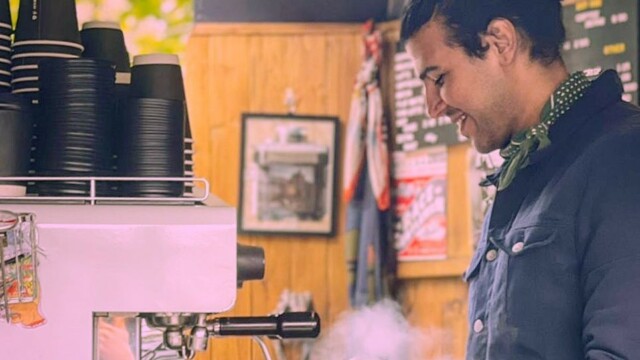 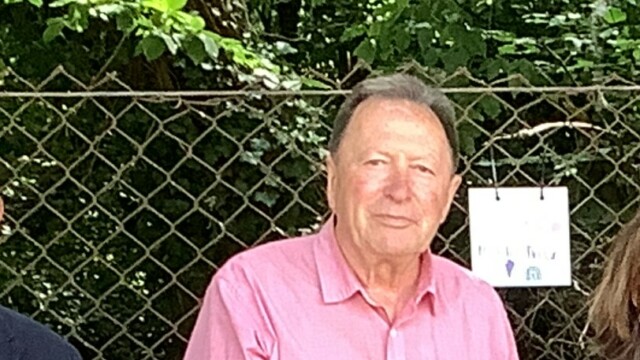 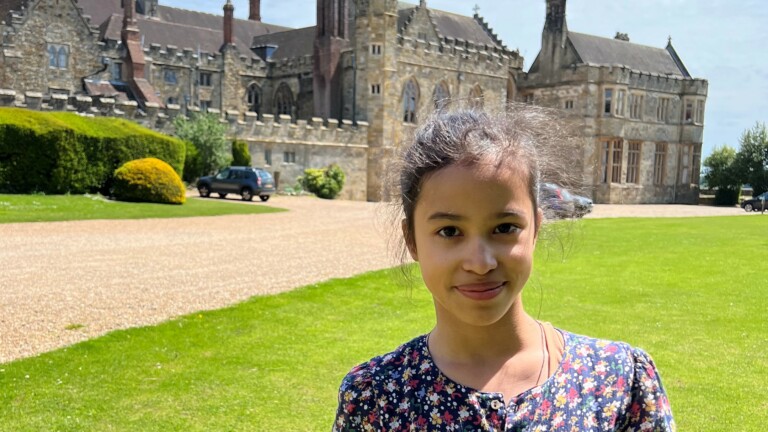 I joined St Joseph’s from reception in 2012, in Mrs Gresham’s and Mrs Leggett’s class.  At St Joseph’s, I represented the school in dance, quiz, cross-country, swimming, football and netball and in my final year, I was Head Girl.

Thanks to the excellent start I received at St Joseph’s, and a lot of hard work and study, I received offers from all four of the independent schools I applied for, including one academic scholarship. I chose James Allen’s Girls’ School (JAGS) in Dulwich as it had an excellent academic reputation, lots of extra-curricular clubs (especially music and drama) as well as amazing sporting facilities. Outside of school, I am a competitive rhythmic gymnast and I hope to have a career in film or on stage after I finish university. 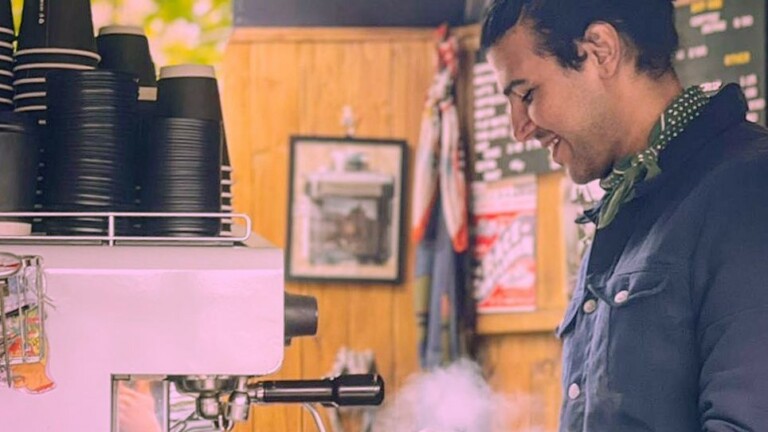 My family and I have been part of St Joseph’s for many generations. I attended 25 years ago and members of my family today are currently enrolled within the school. This connection of heritage and loyalty to the grass roots helped build my foundation and the principles I stand by today, and inspired me to reconnect with the school.

After a career within the luxury retail sector, working within management for iconic brands such as Harrods, Helmut Lang and Belstaff, I now pursue my passion for fine coffee as an independent businessman, running my own business, The Native Son. I have a passion of working with my hands, whilst building relationships within the community, and am focused on embracing each day and making the most of every moment. 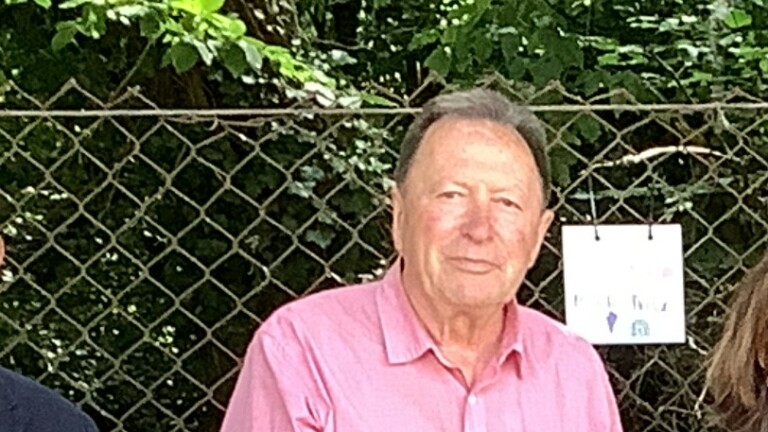 I attended St Joseph’s between 1953 and 1959. My Dad was parent fundraiser for the school. He used to run all sorts of events including a weekly bingo session! There were 5 children in our family. We all passed the 11+ and went to grammar schools. Something that my mum and dad attributed to the school and Mr Brennan and the education we received from wonderful teachers.

I then went on to become a teacher and was Headteacher of Our Ladys school in Limehouse, East London for many years. I modelled my style of headship on my wonderful experiences at St Joseph’s, making it a home from home for everybody.

For further details please see our cookie policy (https://www.stjosephsfederation.co.uk/privacy-notice).
This website uses cookies to improve your experience while you navigate through the website. Out of these cookies, the cookies that are categorised as necessary are stored on your browser as they are essential for the working of basic functionalities of the website. We also use third-party cookies that help us analyze and understand how you use this website. These cookies will be stored in your browser only with your consent. You also have the option to opt-out of these cookies. But opting out of some of these cookies may have an effect on your browsing experience.
Necessary Always Enabled
Necessary cookies are absolutely essential for the website to function properly. This category only includes cookies that ensures basic functionalities and security features of the website. These cookies do not store any personal information.
Non-necessary
Any cookies that may not be particularly necessary for the website to function and is used specifically to collect user personal data via analytics, ads, other embedded contents are termed as non-necessary cookies. It is mandatory to procure user consent prior to running these cookies on your website.
SAVE & ACCEPT